🤖 Robot Emoji: Adding The Sci-Fi Feel To Your Online Content 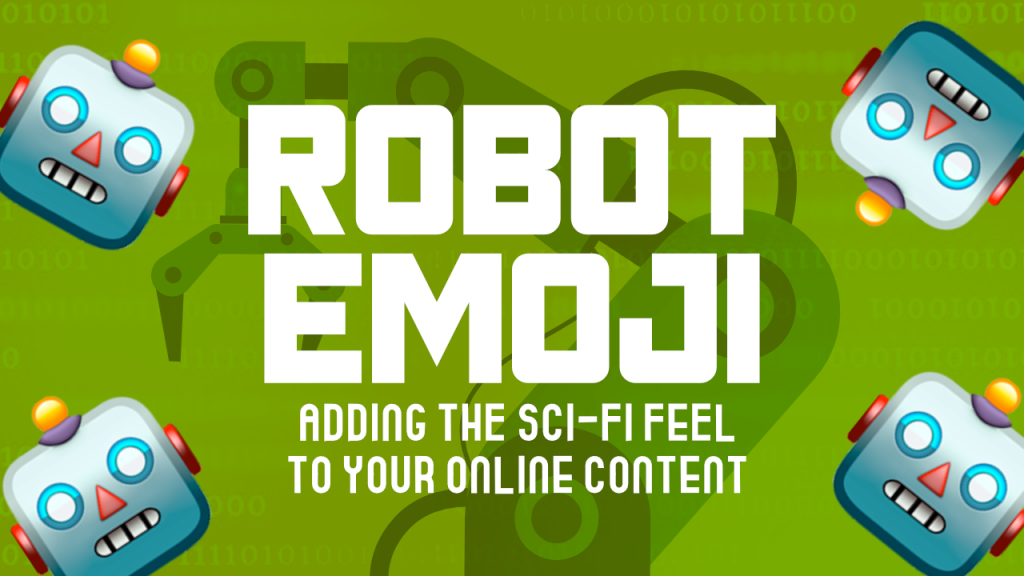 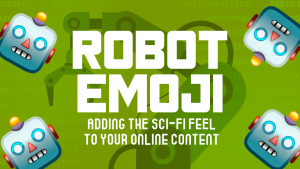 In a funky and futuristic mood? Share the 🤖 Robot emoji with your friends, show them you’re ready to have some fun! Tell them you know how to dance like a robot, or you’re clever enough to build your own! Always talking with techie family and friends? Take your conversations up a notch with this fun and cool symbol.

Technology has made a significant contribution to how we live today. Almost everything we do will be done differently in a couple of years. AI or artificial intelligence will affect the way we do everything, soon. 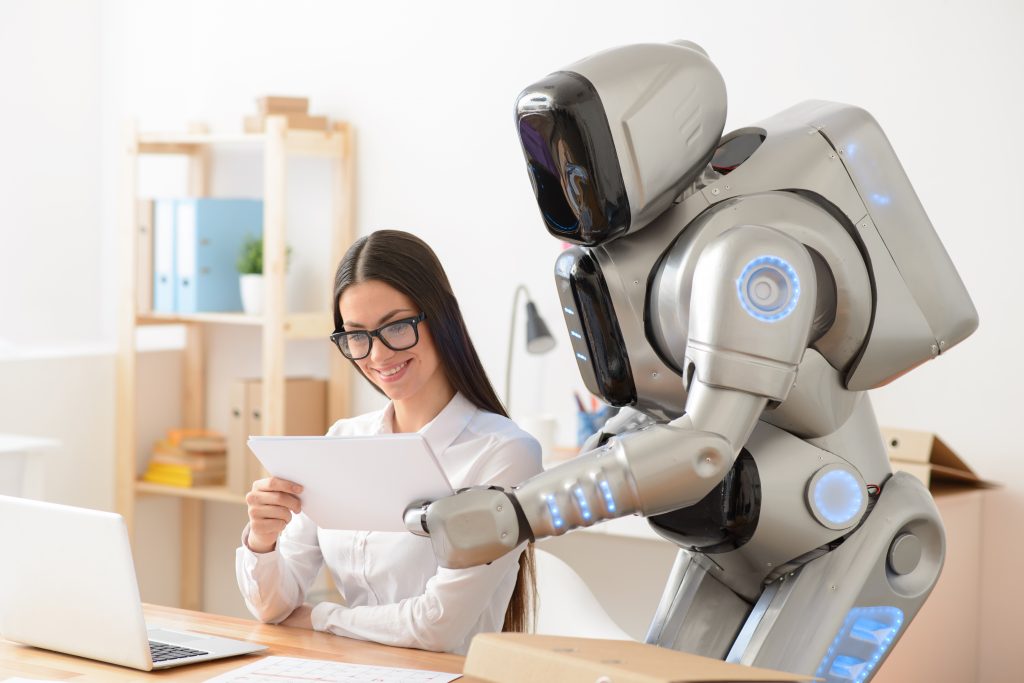 In many ways, technology will continue to transform and define our way of life. As this happens, expect the nature and level of online conversations, emails, and social media posts to change, too. Tech-related symbols like the robot emoji will appear more often than usual. 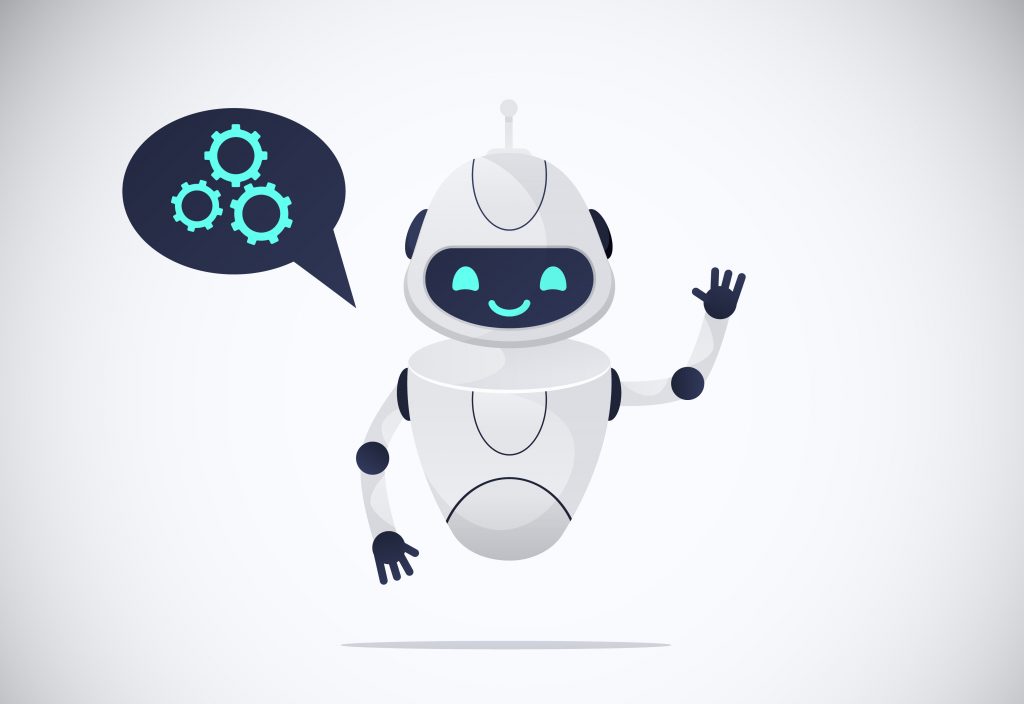 In order to prepare for something that will inevitably happen, the best thing to do is to learn about it, and discovering the robot emoji, one of the most fun and popular tech emojis out there, is a good way to start.

The 🤖 Robot emoji isn’t hard to spot, it’s a strange and eerie-looking robotic head of square shape with a pair of antennae, bulbs, and other attributes characteristic to robots. This type of robot is often seen in classic sci-fi films and cartoons.

It appears in everything relating to technology, robots, artificial intelligence, science, and so on — for example, conversations about someone’s degree in robotics or computer systems. Sometimes, people use it to describe a soulless and emotionless artificial creature, a person so devoid of emotion he or she is like a robot. 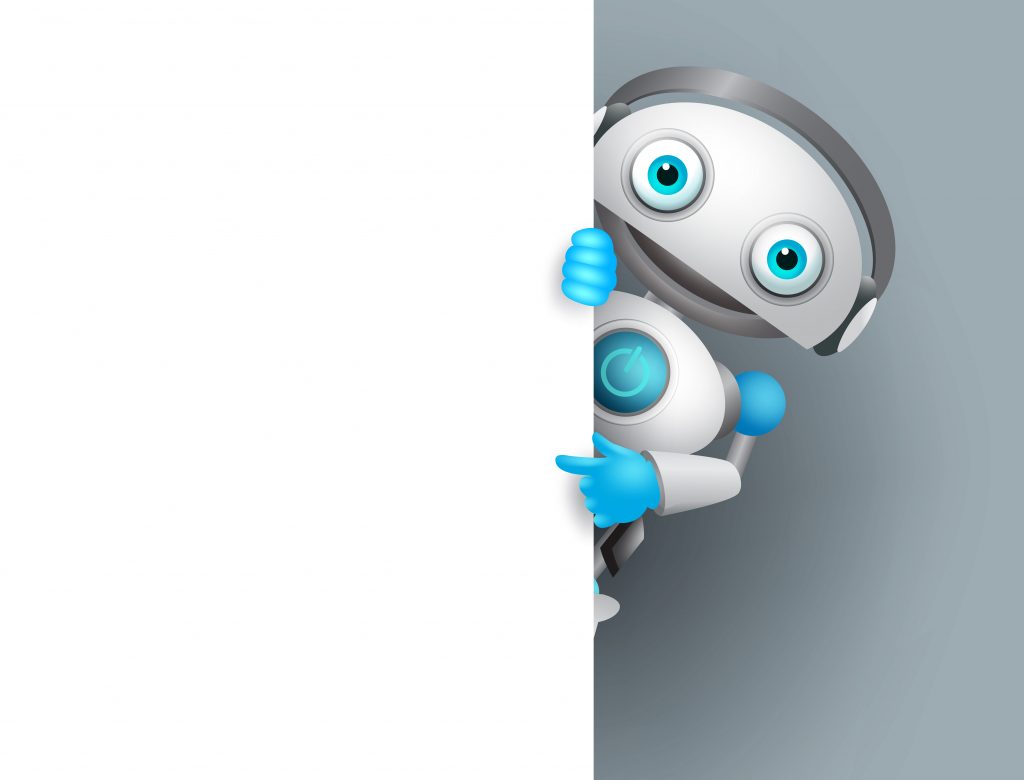 The robot emoji appeared in emoji keyboards in 2015. It was introduced to the public as part of Unicode Standard Version 8.0, the eighth version of the Unicode Standard to support emoji. At the time, the symbol was known as “Robot Face.”

Unicode 8.0 was made up of 37 new emojis and five emoji modifiers, bringing up to a total of 41 characters all in all. Other notable symbols that were a part of this batch are the 🙄 Face With Rolling Eyes, 🤗 Hugging Face, 🌮 Taco, 🧀 Cheese and 🏑 Hockey — both field and ice varieties. In the same year, the robot emoji was added to another group, Emoji 1.0.

Emoji 1.0 could very well be called the “master list,” of all emojis. We say this because Emoji 1.0 was the first-ever release of emoji documentation from Unicode. All emojis released between 2010 and 2015 were included in Emoji 1.0. 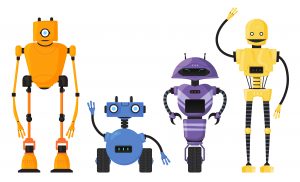 Earlier, we talked about how the robot emoji used to be called the 🤖 Robot Face emoji. This was the name given by the Unicode Consortium, the governing body of emojis, when the symbol first rolled out.

No one knows how or why a few platforms relabeled the symbol, and no one really talked about the change, either.

Maybe it’s because one of the biggest operating systems in the world, Apple, stuck with what the emoji was originally called, Robot Face. Pick up any iPhone smartphone, iPad tablet, or Mac computer to see what we mean.

Did you know that if you email a buddy 😄 from your Nexus, they might receive something like this 😃 from their iPhone? This isn’t limited to just the 😄 Grinning Face With Smiling Eyes symbol. It can happen to any emoji. That’s because emojis look different from platform to platform. Every web service, operating system, or device maker designs emojis in line with their style and vision.

After all, if you are an owner of an app, or a site, you want to make your business stand out, right? And that’s one way to do it.

So, how exactly does it work? Simply put, to your smartphone, an emoji is just another character, (for example, lower-case ‘a’, upper-case ‘B’), that must be rendered with a typeface Since each smartphone platform (e.g., Apple, Google) has its own emoji font, the same emoji character won’t look the same from platform to platform.

Unfortunately, emoji font diversity can cause miscommunication. And the last thing you want is to be a victim of disastrous digital miscommunication! So, in order to keep it from happening, it’s important to know what the robot emoji will look like on each device. Take a look at the Apple, Google, or Android robot icons, you’ll see how much they differ in the overall design.

Windows rendition of an animated robot stands out due to its rounded shape. It’s also the only one with a bold black outline. In 2010, as part of its Windows 10 Anniversary Update, Microsoft incorporated a black border around each of its emoji characters in order to give it a more unique and distinctive look.

When it comes to color, the color of the robot emoji as a whole vary across platforms, but its head is mostly metallic. Facebook’s antennas are gray with pink tips, while JoyPixel’s are gray with black tips. Meanwhile, Google’s version has only one gray antenna, with a circle at the top and orange filling inside the circle. On the other hand, Twitter’s robot emoji does not have any antennae at all. Instead of an antenna, Twitter’s robot comes with yellow headphones that cover its ears and head.

All eyes are different, too. Apple and Google offer eyes with white color inside of them, while Window’s eyes are aquamarine in color. Meanwhile, Twitter’s robot is a truly eye-catching one, with its fuchsia eyes and pastel blue shape. Another interesting detail are their teeth. Apple, Google, JoyPixel, and Samsung show their upper and lower teeth, while Facebook and Windows don’t have teeth. 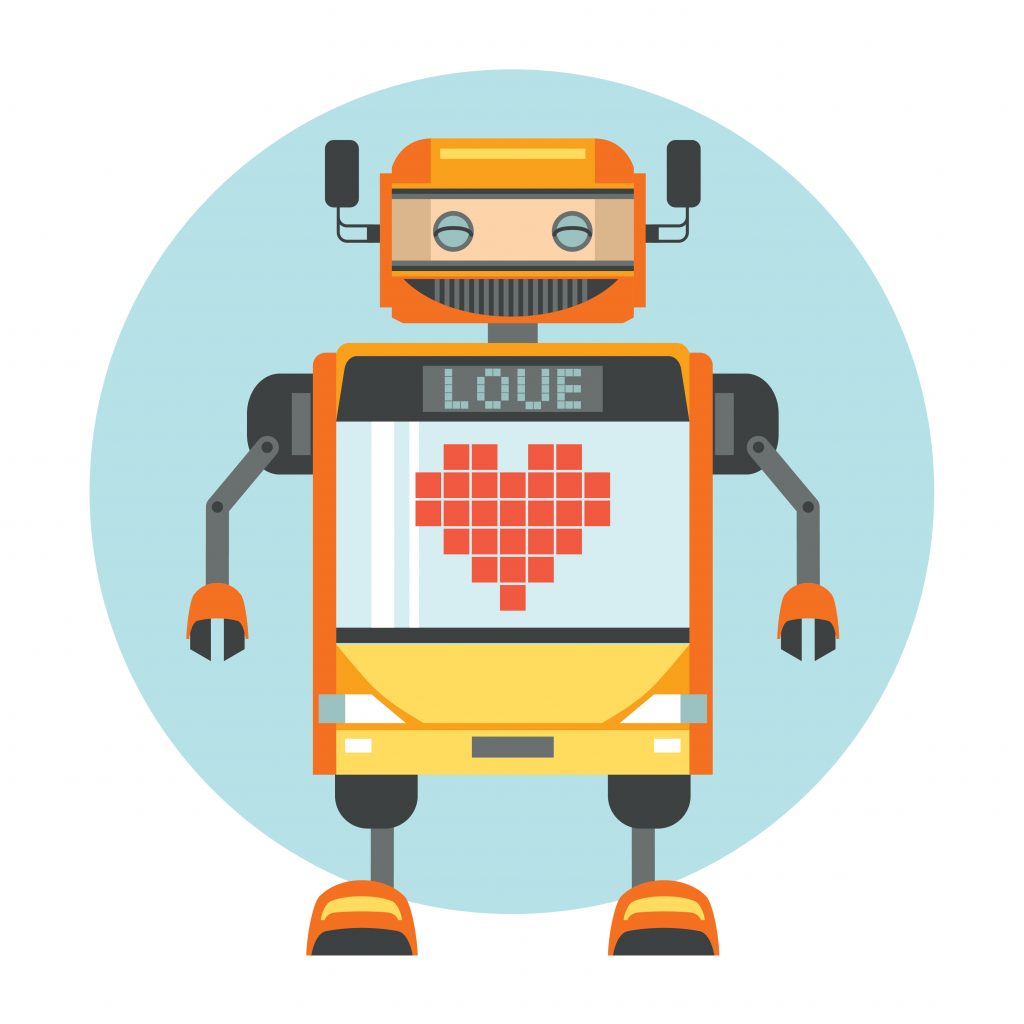 Are you aware you can turn into a robot emoji? We are not kidding! With the Animoji feature available on iOS devices, that is a possibility!

Animojis are custom animated versions of popular emoji characters. You «turn» into them when you turn on the camera of your gadget and it faces your face. When you do this, the animoji feature on your iOS phone records facial movements — be it a frown, smile, even a couple of recorded messages.

Your phone takes what it recorded and records it onto an emoji avatar. The avatar animates the expressions you made on your phone and speaks using your voice. You can also send your newly made animoji to friends and family. Send it as you would a normal iMessage, you can either accompany it with text that you put into a normal iMessage, or send one alone.

The current full set of animoji includes a robot, and animals like a boar, bear, cat, cow, etc. Like we mentioned earlier, the animoji feature is available on gadgets with iOS, but it only works if iOS 11 is installed or higher. If you own an Android device, you’ll need to download other memoji apps like Bitmoji, MojiPop, Chudo, etc.

Embrace The Future With The Robot Emoji 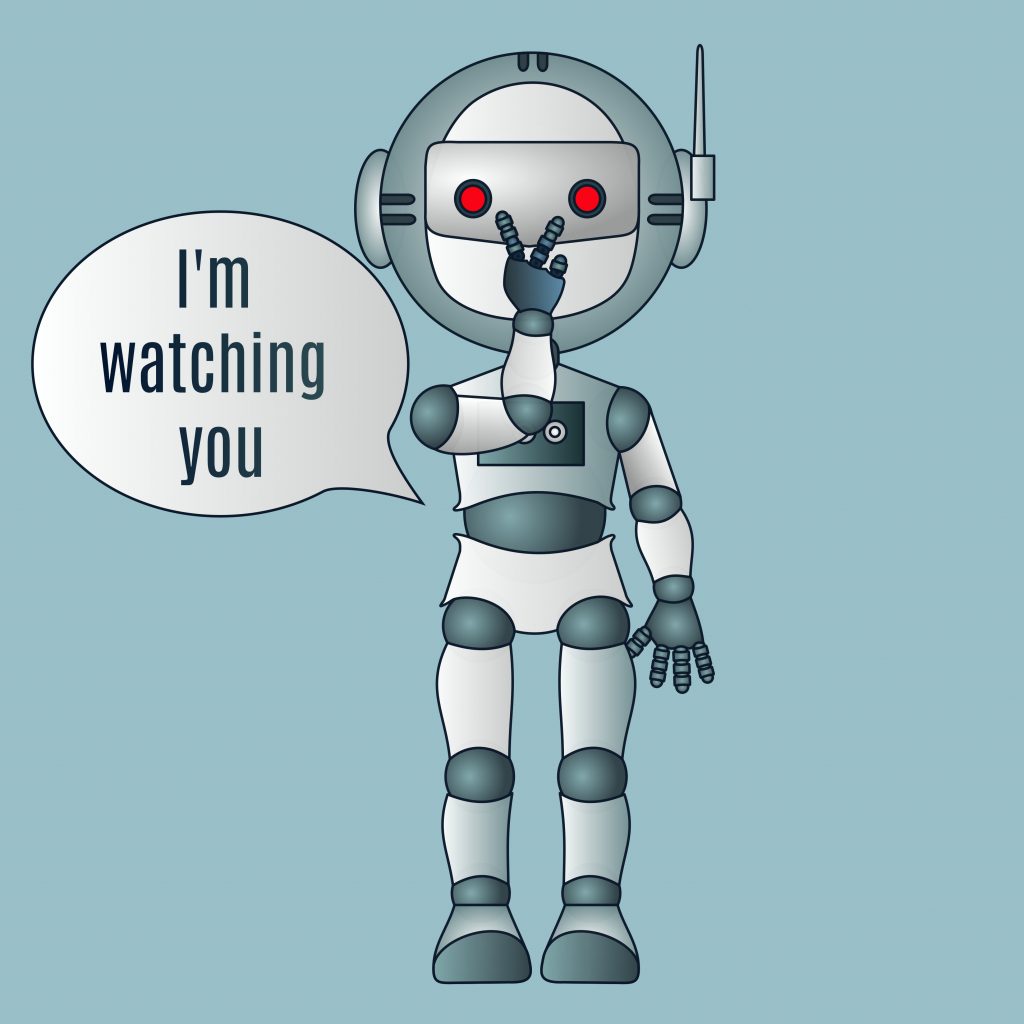 After studying how to access it, now let’s learn how to use it.

— My dad believes 🤖 are going to take over the world by invading every aspect of our lives.
— Guess you can call me a geek, I would rather build 🤖 than watch Netflix on weekends
— Those Japanese sex 🤖 built for intimacy give me the creeps!

As we come to the end of the article, we hope you will use the robot emoji and other futuristic images as often as possible.  We are living in the digital age, after all!

As long as it fits the tone and context of your email, conversation, or social media post, feel free to use it as much as you want. But try not to post two or more in a row. One strategically placed robot emoji is more than enough. Too much might make you look pushy or overeager.

In addition to using it to complement a message or boost your social media posts, the robot emoji can also be used to remove false, preconceived notions of robots. No, we will not be replaced by robots. Yes, robots make our lives easier. Truthfully, engineers and scientists believe that in the near future, robots will be found in a variety of settings, including manufacturing, maintenance, construction, and residences. Robots will be in most factories where more precision is required and production pace is critical, which is tough to achieve. 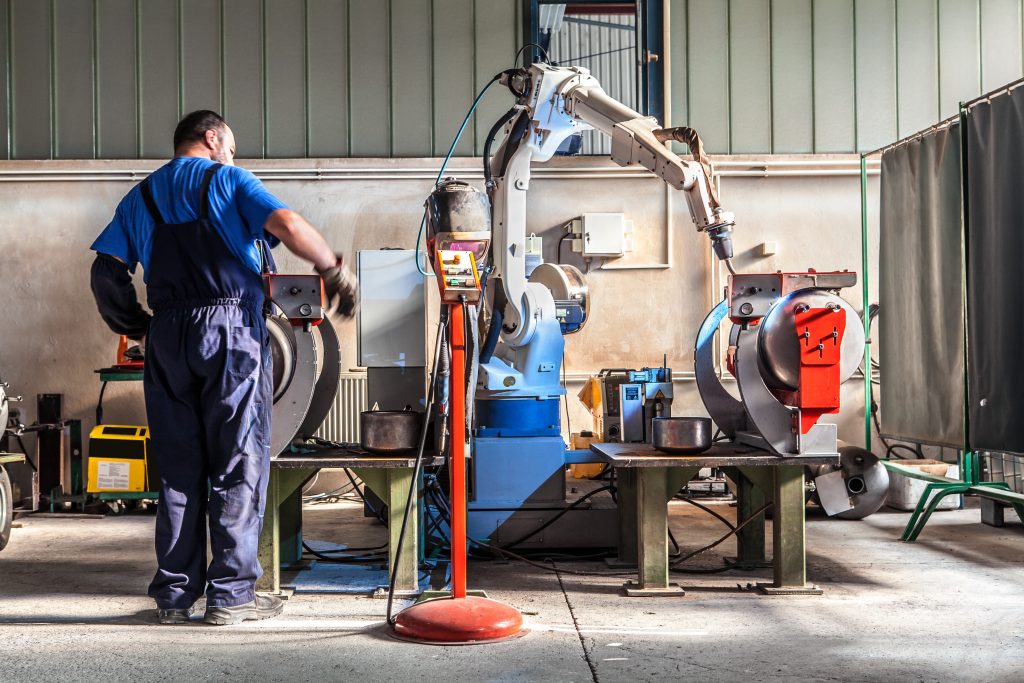 However, robots won’t take over ALL our jobs. Yes, technology is rapidly developing, and this has economic consequences. But in the near future, artificial intelligence will most likely replace tasks rather than jobs. The good news is that this change will also result in the creation of new markets and jobs. So, it is a good thing! We may need more education and retraining for those occupations, but they will exist.

Nothing beats human touch, the feel of conversing with an actual customer service agent when you have a problem with a credit card, or a doctor to comfort you when you’re confined in the hospital. No robot will be able to 100 percent replicate that. Besides, humans were the ones who invented robots, so why should we be scared of them? At the end of the day, we should welcome robots because they make our lives easier and our work more efficient. Any less of a reaction would be foolish.